We use our own and third-party cookies to make our website work safely and personalize its content. Likewise, we use cookies to measure and obtain data on your navigation and to adjust advertising to your tastes and preferences. Press the "Accept all" button to confirm that you have read and accepted the information presented. To manage or disable these cookies, click on "Configuration". For more information see our cookies policy.
Modify cookies
Technical and functional Always active
This website uses its own Cookies to collect information in order to improve our services. If you continue browsing, you accept their installation. The user has the possibility of configuring his browser, being able, if he so wishes, to prevent them from being installed on his hard drive, although he must bear in mind that such action may cause difficulties in navigating the website.
Analytics and personalization
They allow the monitoring and analysis of the behavior of the users of this website. The information collected through this type of cookies is used to measure the activity of the web for the elaboration of user navigation profiles in order to introduce improvements based on the analysis of the usage data made by the users of the service. They allow us to save the user's preference information to improve the quality of our services and to offer a better experience through recommended products.
Marketing and advertising
These cookies are used to store information about the preferences and personal choices of the user through the continuous observation of their browsing habits. Thanks to them, we can know the browsing habits on the website and display advertising related to the user's browsing profile.

Ribes de Freser is the administrative and economic centre of the valley, Traditionally, it was a land of farm labourers and miners, like many mountain towns, and had industrial textile colonies and paper factories that arrived with the Industrial Revolution at the end of the 19th century. It has approximately 2,000 inhabitants and includes the villages of Batet, Bruguera, Ribes Altes and Ventolà.

At the end of the 20th century, the valley as a whole became committed to a tourist reconversion that was respectful to the environment, without giving up the roots of traditional farming activities. Its fresh, pleasant climate in summer, the beauty of its surrounding areas, which are perfect for hiking and other sports, its fountains and natural springs of mineral water, as well as its proximity to the major ski resorts such as Vall de Núria Ski Resort, La Molina o La Masella, mean that it is a delightful place to enjoy summer and mountain tourism. The population is also known for its International contest sheepdogs skill  ("Concurs Internacional d'Habilitat amb Gos d'Atura") that takes places each year the first weekend of September.

Hotel Els Caçadors is in the centre of Ribes de Freser, just 50 metres from the Rack Railway train station that goes to the Vall de Núria. From Barcelona, it can be reached in 1 hr 45 min by taking the C17 to Puigcerdà, and from Girona in 1 hr 30 min along the C26 from Olot to Ripoll, through the Capsacosta tunnels or along the C-25 Eix Transversal from Girona to Vic. It is about 2 hr from Lleida and some 2 hr 20 min from Tarragona. 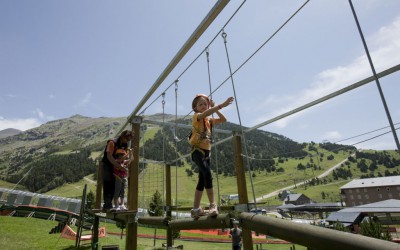 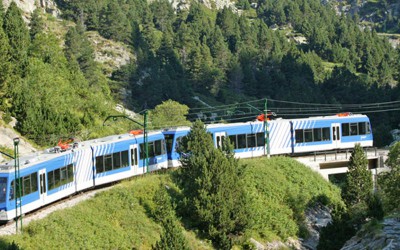 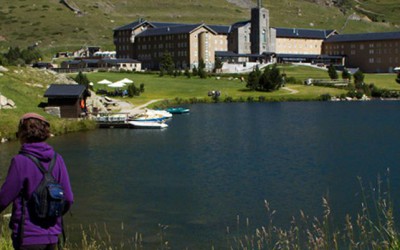 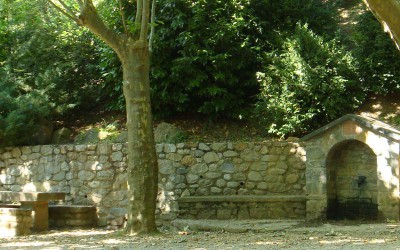 Strolling along the fountains at Ribes de Freser 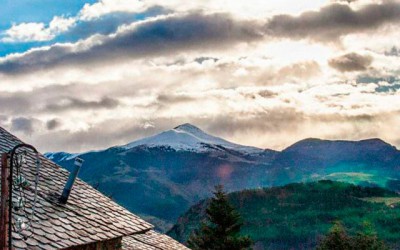 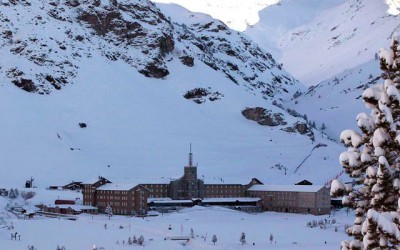 Ski Resort and Sanctuary in the Vall de Núria